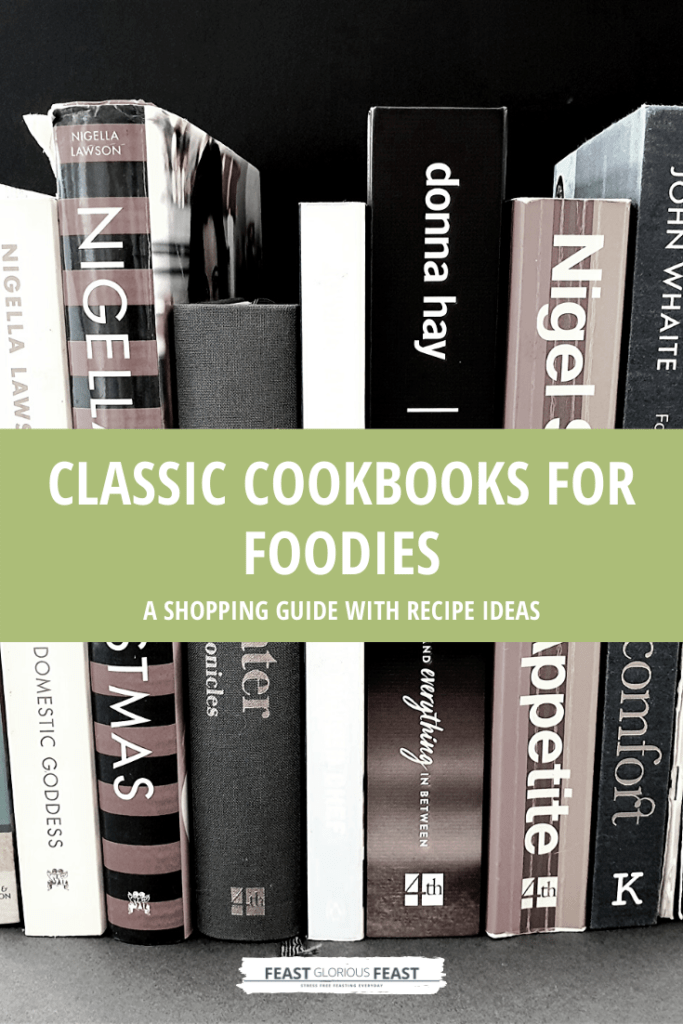 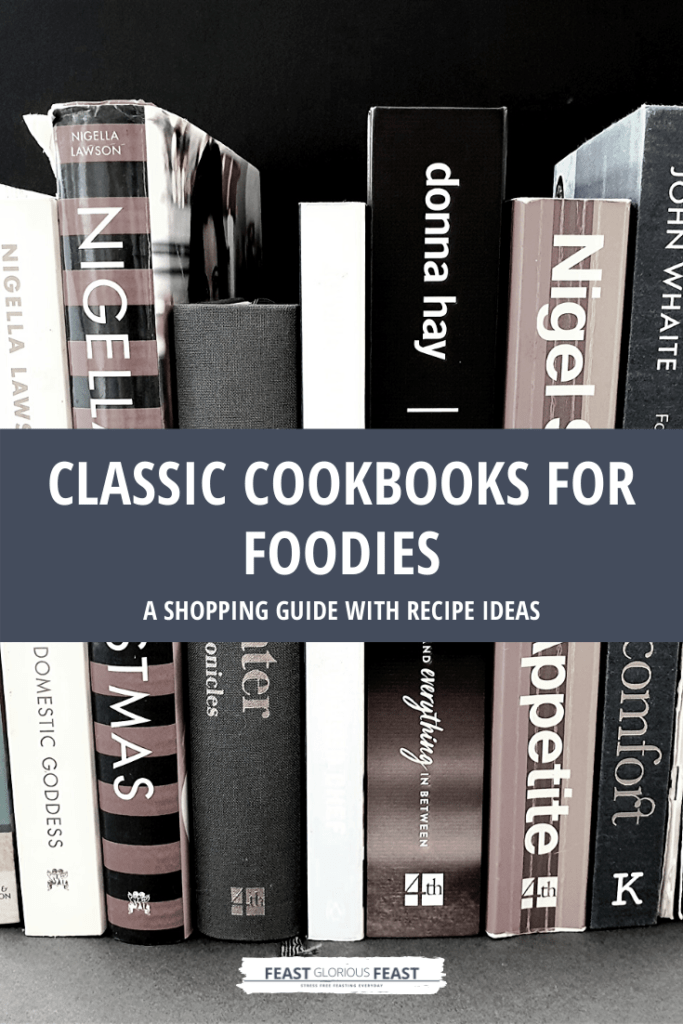 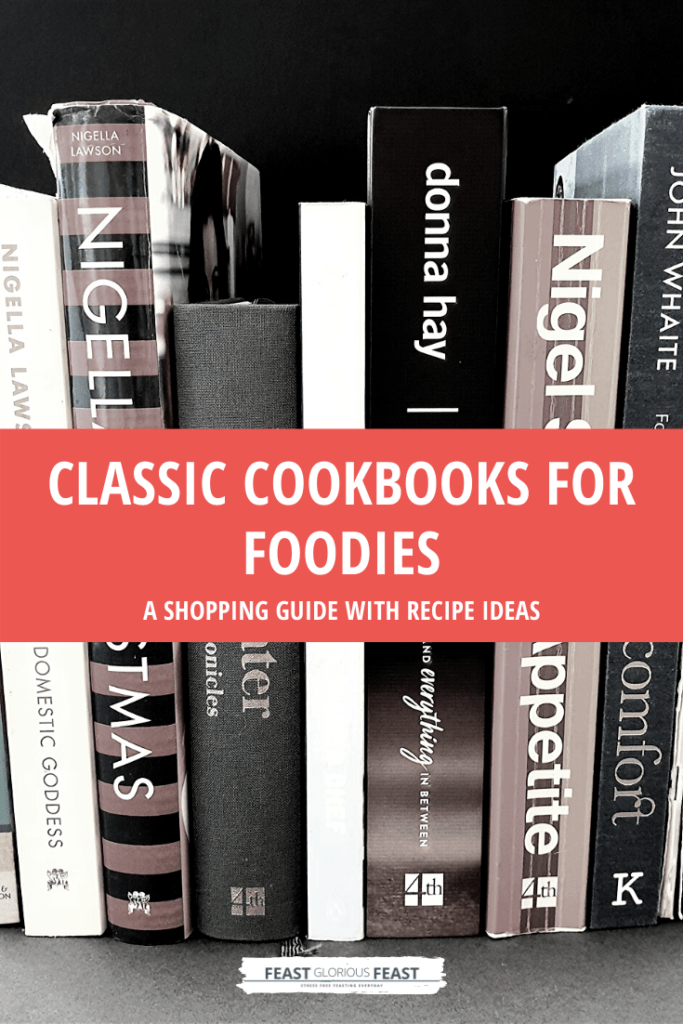 A new cookbook is the ideal gift for any keen cook, baker or foodie. And sometimes just as a treat to yourself! Here I’ve put together a list of my 10 favourite Classic Cookbooks which I think everybody should own. So now is the perfect time to fill any holes in the ol’ cookbook collection!

This post may contain affiliate links. Please refer to my Disclosures Page for more details.

I own many cookbooks. Celebrity ones, vintage ones and numerous in-between ones. And I love them.

I’ve heard this rumour about people feeling “overwhelmed” by “their stuff” and “decluttering their life to declutter their mind”. I have no such issues. Mari Kondo can take a hike. I love every single thing* I own. Including every cookbook. In fact they bring me great joy.

*Obviously with the exception of essentials like the vacuum cleaner. They bring me zero joy but it would be churlish to throw them away!

So whilst I obviously would never encourage anyone to buy so many books that they can’t quite open the front door due to lack of storage space, I would encourage anyone that loves them to not feel any Kondo guilt for buying more. Or for putting them on your Birthday or Christmas Gift List. There is no shame in owning “stuff”.

The point of this list is not however to share with you the current list of celebrity bestsellers released just in time for Christmas or heaven-forbid the subsequent “diet season”. Gah, what a concept! It is instead to share with you some of my favourite and timeless classics.

I don’t cook every recipe from every cookbook I own. I’ve not cooked a single actual recipe from a good majority of them. But like most foodies, I still love to read them. And flick through them for inspiration. Over and over again. Not cooking anything from a book is another poor reason for getting rid or feeling guilt as far as I’m concerned!

How to Be A Domestic Goddess

This is the book that I pick up and actually use the most. So many of my recipes like my Mini Lemon Cake, Muscovado Chocolate Cake and Sesame Bagels started out life as recipes in Domestic Goddess.

Nigella’s superlative and simile filled writing has become a little bit of a joke at times but in reality it remains a joy to read. This is the book that I go out and order for any new friends if I find they don’t have a copy.

3 More of My Favourite Baking Cookbooks:

This little book which is falling apart and forever covered in flour is the first place I look for baking basics. My scone recipe started life in this book and my Dad swears by the rubbed-in-method chocolate cake.

You can still buy the latest version of the book directly for £2.99 inc p&p and some of the recipes can be found online.

There are a few more vintage books that I wanted to include here like an old Rayburn Cookbook (never had a rayburn!) and super helpful book called Classic Chinese Cookery but no trace exists of them online!

I love Mexican food and Wahaca was one of my favourite restaurants for a long time. It was the first time I felt that I was eating actual Mexican food and not Tex-Mex. So being able to recreate that sort of food at home was a boon.

Between this and the sequel; Mexican Food at Home, my at home Mexican cooking improved 10 fold. Keep an eye out for the churros, green rice and warm corn salad recipes.

3 More of My Favourite International Cookbooks:

NIgel Slater and I share the same intuitive and relaxed cooking style. Throw a bit of this and that in and see what happens. This is one of his early books which I return to time and time again. not so much for specific recipes but for his foodporn prose and the photography.

While we’re talking about Nigel, I should tell you about my drinking game. Watch a Nigel Slater TV program with an alcoholic beverage. Drink everytime he says anything suggestive or a possible euphmism, take a drink. You’ll be hammered by the ad break. That man loves a sausage.

Plus don’t miss The Christmas Chronicles below.

This was a little before the Jamies, Nigels and Nigellas of the world came on the scene. And whilst Delia’s recipes could hardly be described as sexy, they are great standards to work from. Except the American Brownies recipes. Which is awful and just doesn’t work! Make the bacon and egg pie instead. That’s perfect.

Its easy to forget just how innovative and fresh young Jamie was back in 1999. This is his first ever cookbook and its packed with fairly simple and everyday recipes.

The homemade pasta and bread recipes were the first that I used. I open this book and remember a Jamie pre-highhorse. Its my favourite version of Jamie.

This is a gorgeous book to just sit and read. Its written diary style like many of Nigel’s best books. Obviously there is plenty in the way of festive inspiration too.

I like to start reading it at the beginning of November when the book starts and read along in time over the winter. It is very tempting to skip ahead though!

3 More of My Favourite Christmas Cookbooks:

John Whaite has consistently produced the most absolutely stunning books since winning the Great British Bake Off in 2012.

The photography is dark and moody and simple. Its a feast for the eyes. The recipes are also very accessible, especially in Comfort. Food to warm the soul and eyes.

3 More of My Favourite Bake Off Contestant Cookbooks:

I’ve discovered Donna Hay rather late in life. Shes the Australian equivalent of Nigella Lawson but with less awkward licking of wooden spoons, domestic violence and drug use. She is a home cook rather than a chef and her recipes are just as doable as Nigellas.

Modenr Baking is the first Donna Hay book that I bought. It is a huge book and I’m not sure I’ll ever need to buy another baking book. (I will anyway!)

3 More of My Favourite Newer Cookbooks:

Despite the sexy hair and inability to ever see Nigella around a box of icing sugar without cracking a coke joke, she has still written some of the best cookbooks of all time.

Nigella Bites accompanied her first TV series and includes so many simple recipes, tips and techniques that its my go-to Nigella along with Domestic Goddess.

Don’t forget How to Be A Domestic Goddess and Nigella’s Christmas which I’ve included above.

So these are my favourites. But I want to know what your favourite classic cookbook is. Let me know down in the comments!

Check out my Cookbook Shop which is part of my wider Shop section. I’ve added loads of links to products which I recommend or use myself. There is everything from more cookbooks to mixing bowls and pots & pans.

Hit one of the share buttons to save this page to your Pinterest boards so you can come back and find it at anytime!

Keep Up to Date

Make sure you SUBSCRIBE to my newsletter and avoid missing out on any of my newest and bonus content. Don’t worry, I promise not to spam you or bombard you too often. Plus you’ll receive a copy of my FREE 7 Day International Meal Plan!

This site uses Akismet to reduce spam. Learn how your comment data is processed.

Get To Know Me 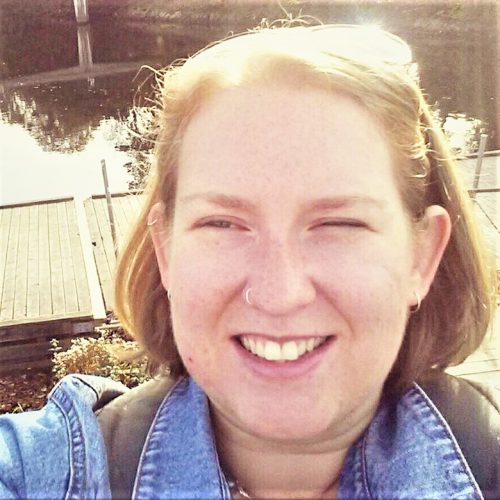 Hi, I’m Chloe and I’m a foodie recently returned to the north of England. I love to create feasting menus and I want to help you do the same! Who says you can’t have a feast for one?! I certainly don’t!

You’ll find loads more info on my about page but feel free to contact me if you want to know more!

By subscribing, you consent to receiving the Feast Glorious Feast newsletter. You can unsubscribe at any time.